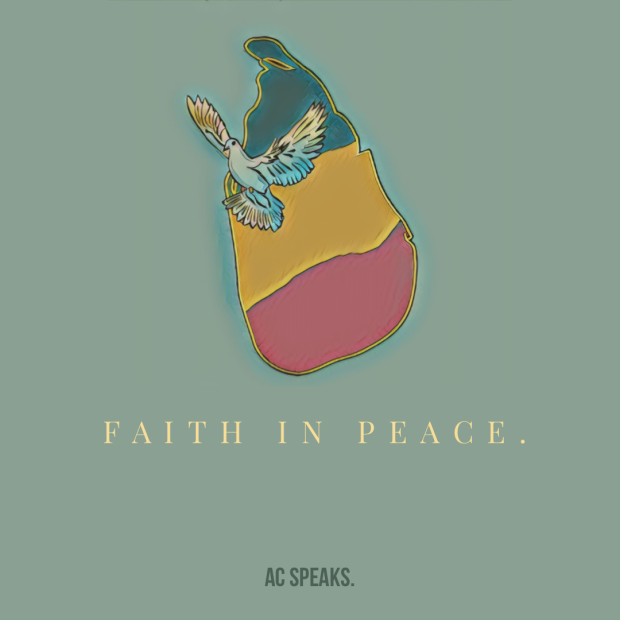 Sri Lankans across the country were making their way to morning service on Easter Sunday to celebrate the resurrection of Jesus Christ. For many Christians, it’s a day of perspective and inwards introspection, reminding us to be thankful for what we have and inspiring us to take strides in becoming better people. Tragically, hundreds of Sri Lankans were killed and seriously injured in churches and hotels, and it has left the country in a state of mourning, anger and confusion. There were many innocent victims such as those attending Easter Sunday services, who were targeted and murdered for nothing more than practicing their faith in peace. Rest in power to those who have lost their lives, these terrorists will continue to achieve nothing as long as we remember to preserve the freedoms most fundamental to us all together. It is up to us to demand for answers and instigate real change in homage to those who were caught up in such terrible circumstances.

It’s been desperate watching from afar and seeing the panic unfolding in places I hold dear to me. Amidst the reporting of statistics and eye witness statements pertaining to what was going on, we tend to forget the fear it instils in ordinary people and tight-knit communities. We often believe that order and chaos are two separate entities, and that at any given time you experience one or the other. But the line between the two hangs precariously in the balance, where seemingly stable order can descend into chaos at a moment’s notice in an unforgiving way. Friends of mine living all over the country who have gotten in contact relayed a palpable fear of an imminent attack in their city. Rumours have since been escalating and are causing serious unrest. The silence from the government has never been so deafening, and with a strict curfew and social media platforms being heavily restricted, many Sri Lankans have been left feeling isolated in their own towns and cities. It is painful.

As numb as I felt in the immediate aftermath, there was also an element of inevitability. Tensions since the end of the Civil War in 2009 have died down but not completely vanished, and the events of last March which saw several attacks on Muslim-owned businesses culminated in the government declaring a state of national emergency. Fast forward to today and there have been nationwide power cuts and water shortages for the past month, which have been attributed to deadlocks with state-run power firms. When everyday life is being adversely affected by an economy in a fragile state and poorly implemented social policy, disenfranchised individuals being pushed towards the fringes are further drawn into extremism as a way out. This is not to absolve the murderers of the blame that they deserve in any way, but simply to acknowledge that the political class has to take some responsibility. For the last decade, the emphasis should have predominantly focused on healing the country and restructuring the nation on a stable platform for growth in the future, but there seems to have been a worrying trend of stagnation.

It has been very strongly speculated that intelligence arms of the government had allegedly acquired intel on the names of individuals, organisations and even specific details on these very attacks on the 9th of April, two weeks before the attacks took place, and the inaction with regards to preventing the attacks from occurring was due to a miscommunication somewhere in the supply line of information to the Prime Minister. Corruption has been a frequent accusation levied towards the government, and despite the fact that there will almost certainly be an inquiry into the events leading up and what exact intelligence was known prior, it is already too late. Over 200 innocent civilians have lost their lives. The public servants have failed their people, and so steps need to be taken to provide clarity and solutions in respect to the future peace of the country.

The broader conversation that is of the utmost importance and needs to be had concerns religious expression. Open Doors, an anti-persecution society, published figures showing that more than 245 million Christians are experiencing persecution worldwide, particularly in Asian countries. Waves of tribalistic nationalism are driving violent attacks against Christians in India, China, The Philippines and Nepal to name just a few countries. Christians are not the only group of people to be ostracised and killed for their religion, so it’s important to identify the driving force of this bigotry in order to combat it so that all religious expression is protected.

Part of this nationalism encompasses the notion that national identity and religion are intrinsically linked, and given that around 70% of the country are practising Buddhists, minorities are being further marginalised and face a greater risk of violence against them as this nationalism is allowed to spread. At first, it was Tamils who were persecuted in great numbers, then we’ve seen Muslims in the country as recently as last year, and now Christians are bearing the brunt of a corrupt ideology. Being a Buddhist is not a prerequisite to qualify as a Sri Lankan, just as being a Christian does not solely qualify a person as English nor does being a Hindu solely quality a person as an Indian. Faith is not a crime, and believers of a faith should not be treated as immoral or be subjected to violence for simply what they believe in.

This is not to say that all religion is sacred and above scrutiny or ridicule. In fact, it is the moment you allow an idea to be untouchable and removed from public discussion that it becomes dangerous, which can be seen by nefarious blasphemy laws across the globe and people being murdered for their very identities. Arguing about whose God is more righteous and just is a redundant conversation because at the heart of it all, religion is and always has been entirely personal. From regular church-goers to avid scholars who have studied the texts their entire lives, each individual has their own personal journey through the idea of religion, whether it be to reject it or to accept it in varying degrees. To subject other people to our own subjective, personal experiences is both narcissistic and morally arrogant.

I also appreciate that multiculturalism, whilst clearly desirable and beneficial, is much more complex when it comes to its application in practice. Homogenous groups tend to operate relatively smoothly because the variation in core values, beliefs and opinions is low, which often reduces friction within communities. But when you introduce people from all walks of life who often hold contradictory world views to each other, conflict and distrust is bound to happen. Demanding a believer, or a non-believer for that matter, to observe and practice taboos that your belief prescribes is not a contract of respect, but one of submission, and human principles of liberty and equality simply cannot run alongside it. It is time to leave the dogma off the pedestal. The principle of universal worship has been responsible for men killing each other in the name of their deity for thousands of years, and it’s important that we finally learn from the mistakes of yesteryear to lead more tolerant and civil lives in the present.

As my family and I attended Easter service after spending the morning contacting relatives and friends back in Sri Lanka, it began to sink in what I have taken for granted my entire life. The fact that I am able to practice my faith without fear of persecution is one of the most essential freedoms that I and millions of others in the world enjoy, but there are too many people that are denied such a right and will likely pay for their beliefs either at the hands of extremists or the state itself.

A crisis brings out the best in humanity, and much like how Christ rose to bring light into darkness, we will rise above this hatred to preserve the religious freedoms of all who seek to practice their faith in peace.